Esther Ramsay-Jones (Open University, esther.jones@open.ac.uk) “Tell Me What It’s Like to Be Here: Finding the Care in Home”

Hanna Serkowska (UW, hanna.serkowska@uw.edu.pl) “«I am in a concentration camp for the old»: care institutions in contemporary literature”

spudtait@googlemail.com) “There ought to be a home for  them: Dickens, Gissing, and the Victorian Construction of Old Age as Disability”

Sylwia Makomaska (UW, smakomaska@uw.edu.pl) „How to discover the beauty of life in / against the disease? Musicology in the therapy for seniors with oncological diseases”. 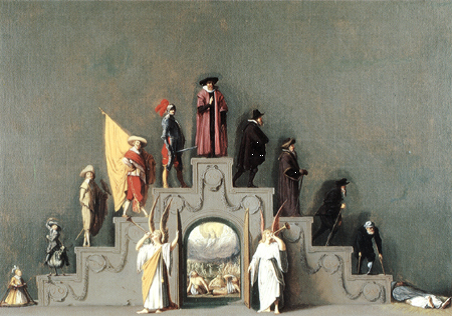 In a culture in which to be “disabled or old or chronically ill is to be an unfair burden”, which “impedes or disrupts the fantasy of unfettered autonomy” (Lucy Burke, 2015) we need not only to bring the ob-scene back to stage in order to make up for “a neglect in representation” (Tom Shakespeare, 2016), and confront ourselves with what we’d rather remove from our conscious mind, but also to rethink notions and issues such as: autonomous subject and individualism, family relations and responsibility, value (costs) and limits of care, a new sociality, collective response, pro-inclusive policies.

In cultural texts of Europe, old age, ageing and ageism have been tackled from a host of perspectives, and recently when joint in with disability, authors have shown a more focused face by emphasizing the difference between old age and “normality”. The old, like the disabled, do not conform to what we like to consider the norm. We seek to bring together and analyze a number of cultural texts written since Simone De Beauvoir published her La vieillesse, which draw attention to old age “enhanced” by disability and therefore better underscored. Old age is not a disease, medical practitioners in developed countries explain, yet, not infrequently, in daily practice of some countries (like still in Poland) it tends to be treated as one. Some countries are not yet ready to propose the implementation of programs and campaigns aimed at launching adequate and prolonged care for the old, taking into account related costs. In some cultures, the prominence of enjoying life as long as one stays in good shape overshadows completely the old age, especially if encumbered by disease, disability, dependency. Shifting attention to the latter helps bring ageing back to debate.

One of the aims of the conference is to establish a forum in Poland for the discussion of ageing as a social and cultural issue. Therefore contributions are welcome not only in English, but also in Polish.

The key-note speakers are:

Possible panels and topics may include, but are not limited to the following areas:

We invite scholars from different languages and cultures to contribute recognizing how cultural texts, literature, film, theatre, comics, other media help to express, understand and envisage issues and concerns related to ageing and/with disability, to raise consciousness, tame anxiety and counter exclusion. We invite scholars to reflect on the balance between critical charge and empathic response that cultural texts stipulate or postulate.

The conference will take place on the 1st and 2nd of December, 2016 at the Faculty of Letters, University of Warsaw. It is part of a research project Sphinx riddle? Cultural representations of ageing funded by Narodowe Centrum Nauki.

Interested scholars are invited to send by August 1, 2016 a title, a short abstract in English or in Polish including name, discipline and affiliation to ageingwithdisability2016@gmail.com. The participants will be asked to send in their contribution, after the conference, for a peer-reviewed publication in either Polish or English by 28.02.2017.

For further information you might also contact the organizer: prof. Hanna Serkowska, Faculty of Letters, Warsaw University at: hanna.serkowska@uw.edu.pl.

Conference fee, including conference refreshments and conference dinner on the 1st of December, is not refundable and should be paid upon proposal acceptance no later than by the 31st August 2016, by bank transfer to separate accounts, according to the currency, as follows:

made to: Uniwersytet Warszawski, Krakowskie Przedmieście 26/28, 00-927 Warszawa. Pls add: “Konferencja: Perspectives on/for Ageing with Disability”, plus the conference number to be provided later.

It is relatively easy to find affordable accommodation in Warsaw (the University is located close to Old Town).